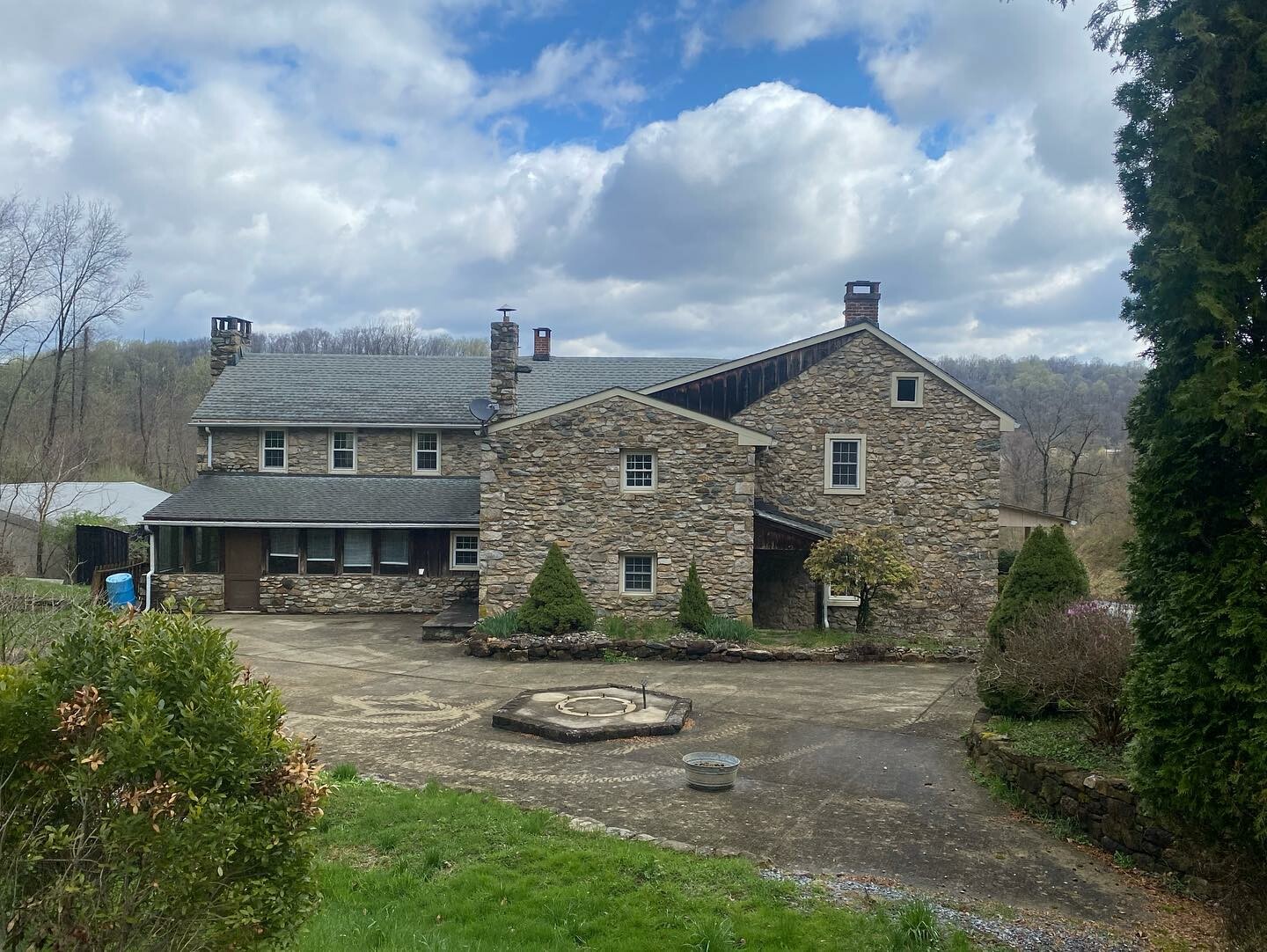 Before this house was even on our radar, I was listening to Gabby Bernstein, author of The Universe Has Your Back, about asking for clear guidance and trusting that God has a better plan for our lives than we do. Gabby went on to say that your sign could be used if you were unsure about a decision or wanted to know if you were on the right track. As we were prompted to choose our sign, the first thing that popped into my head was a cardinal.
“It’s winter. I rarely see cardinals. I need to think of something else,” was my immediate response.
Fast forward two days, and while cleaning out Conor’s folder, I opened it to find a picture he had drawn...of a cardinal! It literally stopped me in my tracks. I hadn't said anything about the cardinal and in that moment had to share with my husband. Then my other son came home with a cardinal project he had done. 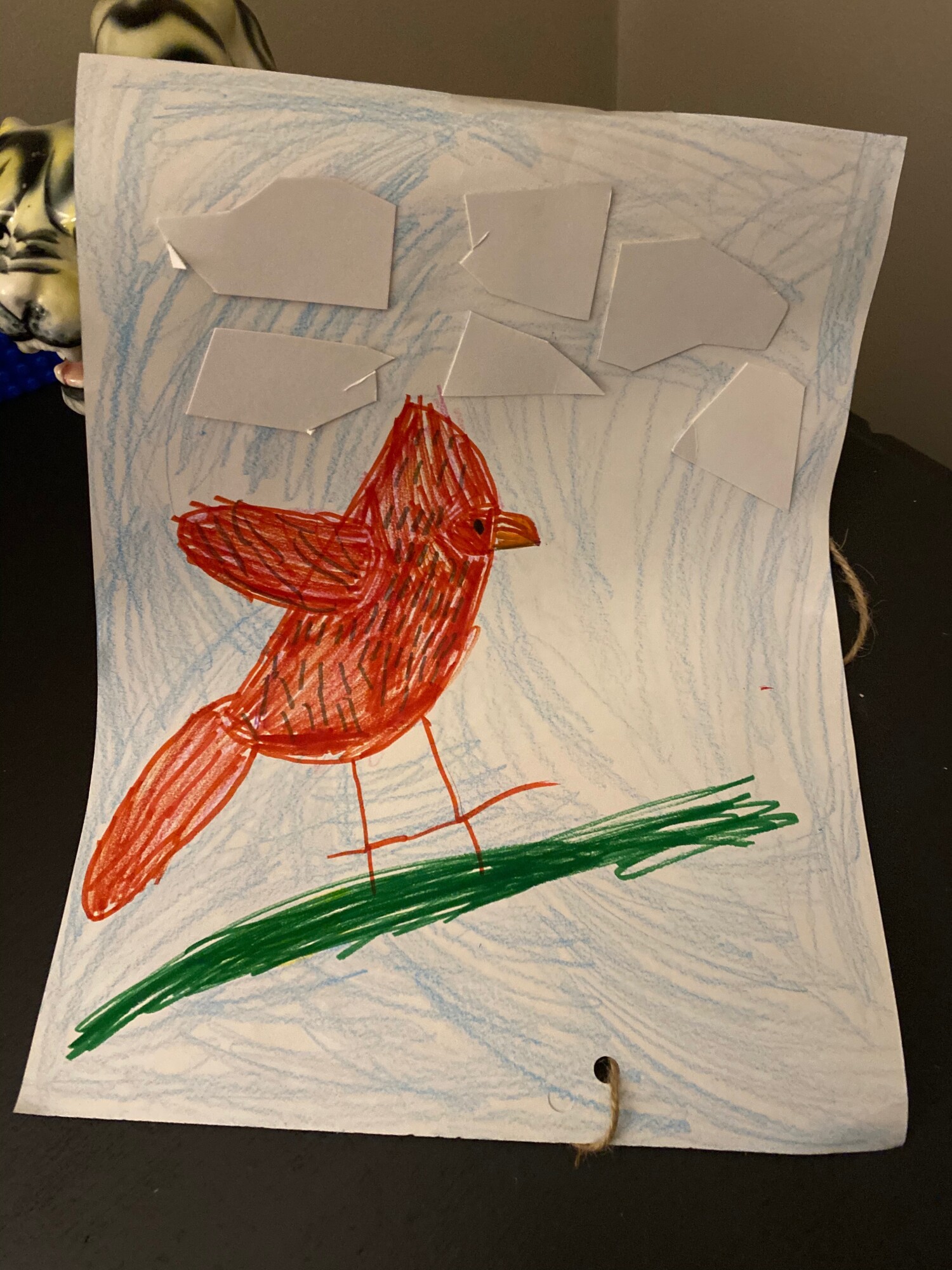 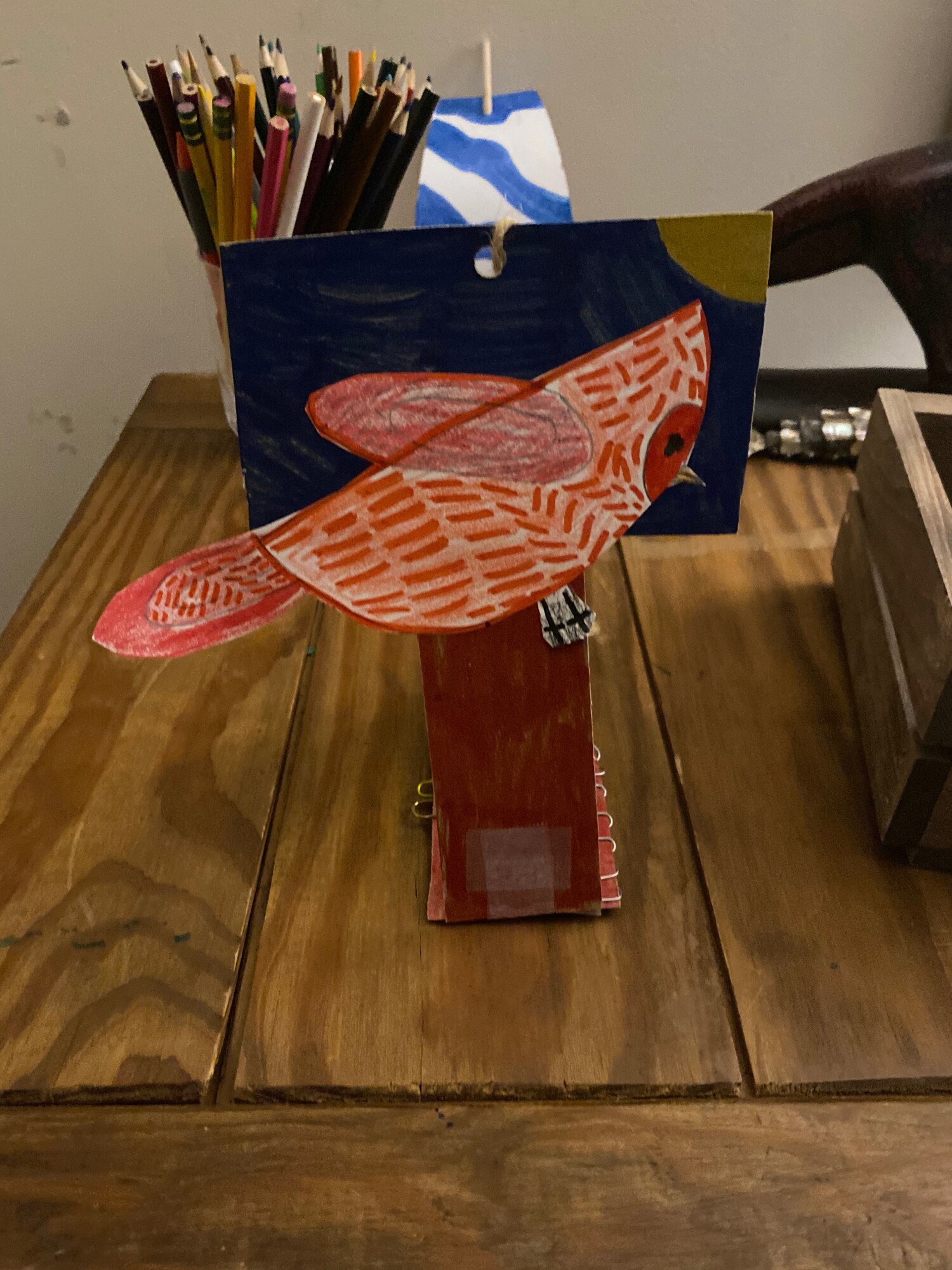 Okay, God. You have my attention.
About a month later, while out to lunch with friends after church, we were shown this house. We weren't looking to move. In fact we had just finished putting in the hardwood floors in our kitchen that I had waited 10 years for.
But I couldn't get this house off my mind. And we decided to go look at it.
The decision to buy it was not an easy decision. Moving farther from family, my job, the boys school, a community we loved, best friends in the neighborhood. It was during this time that it became crystal clear that the only way we could move forward, and make a decision, was to be in constant prayer. And God kept showing up and opening doors. Over and over. It became a joke that when I would start to question our decision I would say, “Okay, Lord, I need you to show up for me again.” And He would.
It would take a lot more than this post to share all the signs, open doors, and answered prayers that occurred and continue to occur. But the cardinal was a recurring sign throughout the process. The cardinal in the bush when I drove to the house with a friend, still unsure of what to do. The inspector asking us if we saw the cardinals in the tree when we took shelter in the garage from rain. The new neighbor who randomly asked, “Did she tell you about the cardinal?” I literally started to laugh in the driveway.
Here’s the thing. God is always speaking to us. It starts with prayer. 1 John 5:14 says, “If we ask anything according to his will, He hears us.” Prayer is communication. It’s so important to talk to God, but just as important to listen. My very first prayer, before we even went to see the house was, "Lord, if you make this happen I promise I will tell the story." Owning this type of property with, 30 acres, had felt like something that was truly impossible. And the only way it would be possible was with God's help. During this process I learned to lean into prayer and to really listen. Whether it was through how I felt in my spirit, through signs, or through messages that people would share with me....I learned to pay attention. 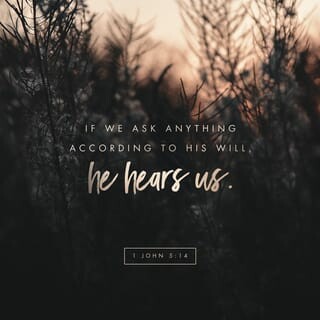 Where in your life could you use some guidance? Where do you need to surrender and trust that God’s plans are better than your own? As recently as this morning, the questioning thoughts of whether we made the right decision started to bubble up. Only time will tell....but I can tell you that I am much more at peace, because God is in this story.

Signs From God
Intentional imprinting! You want to read this!
Two things you need to know about for summer prep: Skin + Exfoliation
Finding Balance
Kick the Ick
Three Simple Steps
Practicing Gratitude: 5 Tips to Being Happy, Balanced, and Growing
Family: Is Someone Trying to Tell You Something?
What's Essential to Your Perfect Life?
One of the Best-Kept Secrets of the Successful 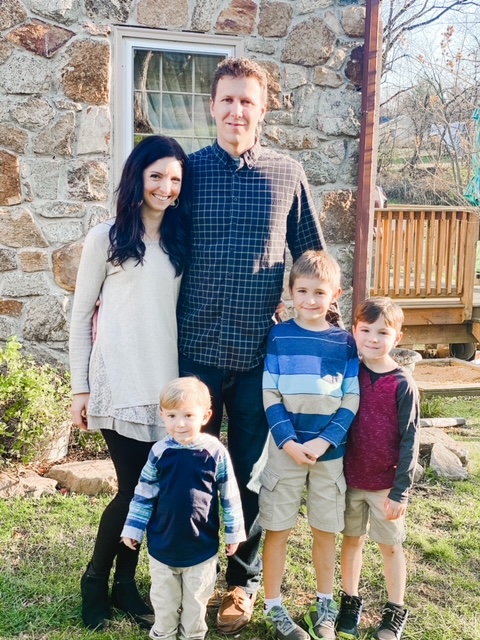